“Europe has come around from greenskin to Hass avocado” 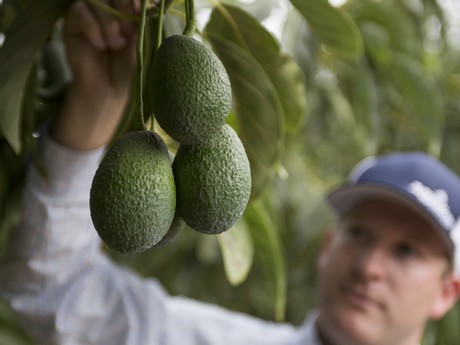 “Europe has come around from greenskin to Hass avocado”

To guarantee supply, the American company invests in production projects globally. “To safeguard the future, you have to be involved in production as well as working with growers,” Robb says. The company always has product from two countries of origin in their assortment, so that customers can choose, if they so wish. Besides, it’s a way to spread risks. “Offering product from various countries at the same time is challenging, but at the same time, it’s a blessing,” Robb continues. “We source globally, and we sell all over the world.”

New Hass varieties
For example, 3,000 hectares of avocados can be found for Mission Produce in Peru, for instance. These are young trees that will reach full production five years after they’ve been planted. The company also invests in other countries in this region, such as Colombia, Chile and Mexico. Additionally, they’re also looking at new countries in which the exotic can be grown. East Africa and southern Africa offer potential, just like countries in Latin America and Asia. “There are many countries in which avocados can be grown, but it’s a question of which markets they could serve,” James says. “You have to find supply for the markets you have, but these production countries are also on our radar.”

The development of varieties hasn’t been standing still, although focus remains on Hass. “We’re looking for varieties that have a higher yield and use less water. It’s not about completely new varieties, but about other Hass varieties,” Robb clarifies. “We’ve seen that Europe has come around to Hass instead of greenskin, and we like that.”

Water usage and avocado production
Water usage is a theme that regularly comes up regarding the production of avocados. Opponents say the sector uses too much water to grow one kilogram of avocados. James nuances the debate. “It’s a tricky question, because it’s true – a fair amount of water is needed for the production,” he says. “The production of other foods, however, requires three to four times more water than growing fruit, so relatively speaking, the production of fruit is a better user of water.” Besides, much is being invested in irrigation systems, so that water usage is decreased, and there’s no scarcity of water in some regions. “More than half our area in Mexico isn’t irrigated, because the region gets plenty of rain,” Brent adds.

The next avocado?
It’s not easy for the men to indicate a product that could become ‘the next avocado.’ “The market for blueberries and raspberries is growing quickly,” Robb says. The three agree that, in principle, any product could follow in the avocado’s footsteps and be successful. “The growth of avocados wasn’t a sudden success,” James says. “We’ve been active in avocados for 35 years now, and there have been many scientific studies, financed by the sector, into the health aspects of avocados. These studies were picked up by the media.” Because of that, the product was able to have such a steep growth curve. The key to success is in those scientific studies into the health benefits of fruit and vegetables, according to them. “More should be invested in these kinds of studies,” Brent says. “I think many companies are missing opportunities in that field by not investing in it.”