Your mother got it wrong: The money tree exists – and it’s thriving in SA! 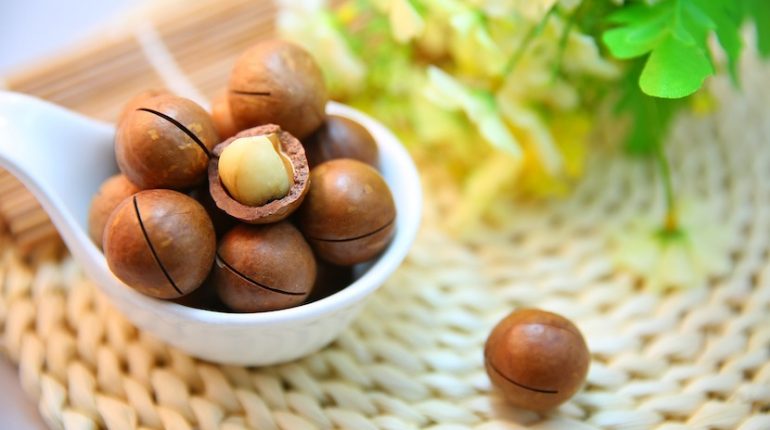 Many of our mothers have told us that money does not grow on trees. But apparently all of these mothers have got it wrong. The good news is that there is a tree that can make money. It is partial to South Africa’s climate and soil conditions. And, all it requires is a little shake once a week to harvest its lucrative fruits. So explains Clarence Dreyer, in this fascinating piece penned for Perspectives. This money tree is the macadamia tree, which has become the fastest growing tree crop in South Africa, according to the macadamia growers’ industry body, SAMAC. The secret of the money tree is clearly out, with macadamia farmers producing more than R4bn-worth of macadamias last year, most of this for export to Asia, Europe and the Middle East. – Jackie Cameron

Growing up in a strict, very middle-class family in the 1940’s and 1950’s, the virtue of thrift was constantly lauded. “Look after the pennies and the pounds will look after themselves” and “money does not grow on trees” was a constant refrain. But there is a tree which grows money. I remember clearly how much I wanted a tricycle but was told, “No, the government needs the iron for the war” and I quickly realised the futility of arguing with parental authority, even though I had seen tricycles in the shops. It was only much later that family friends told me that during the war years my mother only had three dresses. So there was no gilded youth for me;  no jeunesse dorée.

Many years later, I enjoyed a (chocolate) brownie at a restaurant in Jeffreys Bay that was far superior to any that I had previously tasted, even in America, and wondered what the ingredient was that made it so very special. I discovered that it was the macadamia nut: this was the indefinable something, the je ne sais quoi that transformed the taste from the very ordinary to the sublime. Could this tree, which had remarkably improved the flavour of the brownie, be a money tree? In my youth, nuts were dismissed as fattening, possibly because they were expensive. But now I was determined to pursue the matter further. Are macadamia trees easy to grow? What about pests, soil types and climate? Are the nuts healthy and what about being fattening? Are macadamia trees profitable to the extent that one can call them ‘money trees’?

Macadamias are named after a Scot, John Macadam, who was an analytical chemist, medical practitioner and politician who travelled to Australia in 1855 and became a lecturer at Scotch College, Melbourne. The macadamia tree, indigenous to Australia, was named after him by the director of Australia’s Royal Botanical Gardens, Baron Ferdinand von Mueller. For those cynics who might ask “Can anything good come out of Australia?”, the answer YES as you will see from the health benefits of macadamia nuts, discussed later. Do not confuse John Macadam with John London McAdam who invented macadamised roads, or the Aussies are likely to tar and feather you.

Most soil types are suitable for growing macadamias, provided they are well drained. The ideal temperature for the macadamia is between 16 and 25 degrees Celsius. The shape of the different cultivars varies from ‘upright’ to ‘umbrella’. The elevation should be above sea level, and not more than 600m, otherwise the growth is slower and trees take longer to produce. Some cultivars flourish at altitudes from 90m to 300m above sea level. Fertiliser is required, but not for young trees newly transplanted – wait for at least one year. The nuts do not all ripen at the same time. Once per week from March to July the tree must be shaken, and lo and behold: the ripe nuts drop to the ground, pennies from heaven. They need to be de-husked and dried before being shelled commercially, because the shell is extremely hard. The most common pest is the stinkbug, comprising at least 20 different types, and can be controlled chemically.The macadamia is certainly one of the most profitable crops to farm, yielding up to R370,000 per hectare. It is therefore not surprising that macadamia farms are rapidly increasing in number. South Africa is the largest producer of macadamia nuts in the world, with 19,500ha under cultivation, and producing 50,000 tonnes per annum. It is well worth the input cost of about R100,000 per ha, and waiting four to seven years for a tree to bear nuts, and then  a further eight months before the first nuts ripen. Patience is well rewarded! The commercial lifespan of a tree is 40 to 60 years, thus providing a good pension with judicious planting.The list of health benefits of macadamias is extensive. Here are some of them:

The macadamia tree is truly remarkable. Not only are there huge nutritional benefits; it is also an extremely lucrative crop.

But as you can see, there is no free lunch. Farming with macadamias requires large financial input, hard work and patience. Ah, yes, shaking the money tree does produce pennies from heaven, but bear in mind all that went before it. This is no get rich quick scheme, but huge rewards await the indomitable spirit. Remember what Einstein said: “The only way to get rich quickly at roulette is to pinch chips from the table while the croupier is not watching!”

Macadamias require a good water supply to produce nuts. This reminds one of the song by Bing Crosby and Frank Sinatra:

Every time it rains, it rains pennies from heaven

Don’t you know each cloud contains pennies from heaven?

You’ll find your fortunes fallin’ all over town

Be sure that your umbrella is upside down.