Avocado export estimate down 13% due to COVID-19 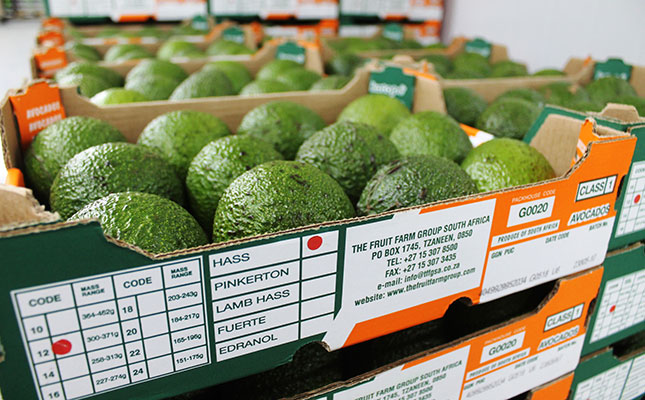 Despite having taken an initial knock in demand on international and local markets as a result of global trade and movement restriction to contain the coronavirus disease (COVID-19) pandemic, South Africa’s avocado growers are now seeing a steady, positive turnaround.

He explained that locally, the closure of the hospitality and restaurant industries, as well as informal traders’ struggles to obtain essential services permits from the authorities, had resulted in a “quite severe” negative impact for South Africa’s growers and packhouses early on in the lockdown period.

“With most of these problems now sorted out, and with South Africa’s food services sector gradually opening up again, avocado deliveries are happening and hopefully this will lead to a recovery in local demand,” Donkin said.

He added that on South Africa’s export markets for avocados, particularly in the EU, there had initially been “minor hiccups” with logistics due to COVID-19 control measures.

However, although many of these challenges had since been resolved, widespread restaurant closures in these export markets continued to negatively impact demand for South African avocados.

“Over the past five years, we have harvested approximately 125 000t of avocados per year. Normally about 50% to 55% of this is exported. This year we initially projected that 18,5 million cartons of 4kg [equivalent would] be exported, but have since revised this estimate to around 16 million cartons (a decline of about 13,5%). This is due to the impact of COVID-19, and also because our avocado production regions mostly had drier than normal summer weather, which resulted in smaller fruit,” Donkin explained.

Christoff de Wet, RSA Market Agents’ head of subtropical fruit at Joburg Market, said local demand for avocados had been picking up since restaurants had been given permission to sell food for delivery. Demand also appeared to be trending upwards in the retail sector.

“We saw a noticeable drop in avocado prices in the first two weeks of lockdown, but then a recovery since then to more or less the same prices achieved this time last year. It seems that growers and packhouses are carefully controlling supply so that there isn’t an oversupply that would put downward pressure on prices,” he said.