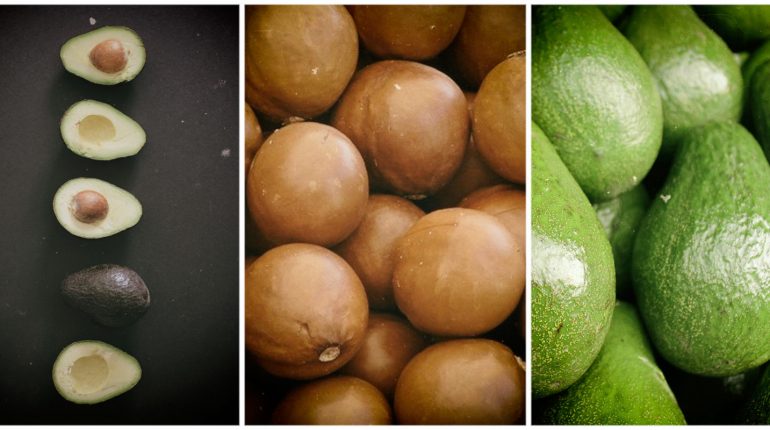 Organised-crime syndicates are muscling in on a share of the profits of southern Africa’s lucrative avocado and macadamia nut markets. The Global Initiative Against Transnational Organised Crime reports.

Markets for agricultural produce may not be commonly associated with organised crime, corruption and violence. But for people in South Africa’s farming sector, it may come as no surprise that black markets for macadamia nuts and avocados are booming. Both are premium crops. Macadamias are the most expensive nuts in the world, and price records continue to be broken year on year, reportedly reaching up to $25 a pound on international markets. Avocados are commonly dubbed “green gold”, with worldwide demand pushing prices sky-high. In South Africa, avocado prices have reached R25 per fruit in February 2020 as pre-season demand outstrips supply.

The popularity of both crops has become something of a double-edged sword for the farming industry in southern Africa. Macadamia thefts have surged across the region in the past five years, as have avocado thefts, particularly in South Africa. Farming associations say it is increasingly becoming an organised crime, with syndicates dealing in stolen produce infiltrating the legitimate market.

February and March are a particularly vulnerable period for both avocado and macadamia theft in South Africa. Avocado thefts reportedly spike in the months preceding the harvesting season, as the unripe fruit appears ready to eat and prices are high due to pre-season scarcity. Macadamia thefts likewise rise as the harvesting season begins in March.

Avocado theft: A South African manifestation of a global phenomenon

According to Bram Snijder of the South African Avocado Growers’ Association, avocado thefts have affected large-scale and smallholder farmers alike, and growers have shouldered the burden of extensive security operations in their efforts to ward off potential thieves. “It’s shocking to see how much money we spend on security,” he said. “It’s not only fences and alarm systems and things like that, but it’s also about guarding orchards and properties day and night during the season… There’s a massive cost involved in ensuring the fruit doesn’t get stolen.”

Thefts range from single opportunists carrying out small-scale raids to large-scale theft by organised syndicates – groups which have established links to buyers they know will take on the stolen fruit. These groups are not limited to particular areas, but reportedly travel widely across avocado-growing regions to target farms, and will often strategically hit several farms in an area simultaneously in order to divide security operations in the area.

Large-scale thefts may move between 20 and 30 tonnes of avocados in a single night, which are then distributed through different channels around the region. According to Snijder, farmers joke darkly about the night-time raids, remarking that “the night shift can pick faster than the day shift”.

In a 2018 survey carried out by the South African Subtropical Growers’ Association (Subtrop), the organisation which manages the affairs of South Africa’s avocado, lychee and mango growers’ associations, 83% of growers surveyed said that avocado theft was a problem on their farms.

Most stolen fruit finds its way onto the informal market, as roadside hawkers of fruit operate outside formal regulation. Yet a proportion of the spoils also infiltrate South Africa’s formal, municipal fruit markets, as unscrupulous buyers may purchase the stolen goods outside the market area and thus outside the legal authority of market inspectors. While groups such as the South African Avocado Growers’ Association attempt to monitor theft and keep track of stolen fruit being brought to market, gaps in the formal inspection regime have proven hard to close.

According to Snijder, regulations in the international market – including traceability systems and certification of produce – are strict enough to keep stolen produce out of the international supply chain. However, demand for avocados within South Africa is high enough for the stolen fruit to be consumed within the country.

Despite the difficulties in policing informal and municipal markets, and the costs of increased security on farms, the avocado market has, it seems, turned a corner.

“I think these illegal traders have become very wary that [there are] more inspections going on everywhere,” Snijder said, “and they’ve also burned their fingers with immature fruit and then people are not going back to their stands to buy fruit again. We’ve actually seen in the last two years there is definitely a decrease in theft cases.”

The experience of South African growers is far from unique. Amid the surging popularity of the avocado, thefts have been reported as a problem in places as widespread as New Zealand, Spain, California and Mexico, where in the “avocado belt” of Michoacan, cartels more commonly associated with drug trafficking have muscled in on the business, extorting farmers and hijacking up to 48 tonnes of fruit per day. Competition between criminal groups for regional control of the trade has led to violence, including several killings, to the extent that some analysts have argued that avocados could be seen as a “conflict commodity”, akin to mineral resources in other conflicts, due to the links with extortion, violence, forced labour and environmental degradation.

Although the South African black market is clearly not experiencing violence comparable to that occurring in Mexico, it is clear that avocado markets around the world are similarly vulnerable to criminal exploitation.

Reports from macadamia growers in South Africa suggest that, like avocados, the nuts are the targets of organised syndicates, which are involved from the farm gate to the processing and redistribution stage of the market. Major suppliers that are supposedly operating legitimately are also suspected of knowingly purchasing and redistributing stolen crops.

According to information gathered in 2017 by Macadamias South Africa, a growers’ organisation, based on reporting from several private investigators, thefts are carried out both from the groves themselves and from processing facilities, and may involve the farmworkers themselves, organised teams of independent harvesters, or macadamia hawkers either buying directly or colluding with groups of thieves to receive stolen nuts. Armed robberies are also reportedly on the increase.

Reporting from Macadamias South Africa suggests that, unlike avocados, stolen macadamias are being transported internationally, many via Zimbabwe. Other reports have also suggested that the stolen produce is shipped via Zimbabwe, and one investigation by a local South African newspaper, The Lowvelder, found that businesses operating in Mbombela, the capital of Mpumalanga, were exporting stolen nuts via Maputo in Mozambique to the United States.

Macadamia theft is also pervasive in neighbouring countries. In southern Malawi and Mozambique, macadamia thefts have reportedly contributed to tensions between smallholder and commercial growers, as commercial growers view the informal market as the conduit for stolen produce and are therefore unwilling to bring smallholders into the formal market.

Reportage from Zimbabwe has described several instances where brazen daylight thefts of macadamias by groups armed with machetes have led to clashes between growers and thieves, particularly in the macadamia groves surrounding the town of Chipinge. Several macadamia thieves have been killed and several injured. In one incident, a suspected nut thief was shot dead at the farm of a Zimbabwean army official who is also head of the Chipinge Macadamia Growers’ Association. The official’s nephew is due to be tried for the murder. A new law created in response to the violence, which mandated licensing of macadamia buyers and growers, was welcomed by industry actors.

According to Lizel Pretorius, CEO of Macadamias South Africa, one of the challenges of dealing with macadamia thefts is that – unlike avocados, which rapidly deteriorate in quality once picked – the nuts can be stockpiled for 12 to 18 months before being reintroduced into the market. Where they are presented as legitimate produce, differentiating between legally and illegally acquired nuts becomes impossible.

The impact on macadamia growers is not merely the loss of stolen produce, but the fact that the sale of stolen nuts (at a fraction of the normal market value) suppresses prices on the international market. Stolen macadamias are also not processed in accordance with industry hygiene standards. The reputational damage caused by produce that is a health risk being sold from South Africa (which prides itself on producing some of the best macadamias in the world) can affect the entire industry.

Avocado growers have also expressed concern that stolen fruit will have an impact on consumer demand, as the fruit is generally stolen while it is immature, meaning it will never fully ripen and therefore gives consumers (who may have bought the fruit unwittingly) a mistaken impression of the quality of South Africa’s produce.

These concerns mirror developments in the international market for abalone, as reportedly the influx of poached South African abalone into Hong Kong’s food markets has contributed to Japanese abalone being seen as a superior delicacy to legal South African produce. The poached specimens, like the stolen macadamias, are not processed according to food safety standards, and this has impacted on the industry at large.

The implications of avocado and macadamia theft go beyond the cost of stolen produce. As growers face unsustainable security costs and the potential for damaged consumer trust in the industry, the thefts place the development of sustainable, viable markets for these crops at risk. DM

This article appears in the Global Initiative Against Transnational Organised Crime’s monthly Eastern and Southern Africa Risk Bulletin. The Global Initiative is a network of more than 500 experts on organised crime drawn from law enforcement, academia, conservation, technology, media, the private sector and development agencies. It publishes research and analysis on emerging criminal threats and works to develop innovative strategies to counter organised crime globally.